The Double-edge Sword of Technology 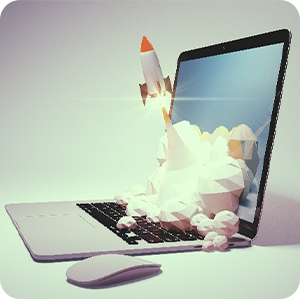 One of my favorite movies is Contact, the story of a SETI (Search for Extraterrestrial Intelligence) scientist who finds strong evidence of extraterrestrial life and is chosen to make first contact.  The film, an adaptation of Carl Sagan’s novel of the same name, stars Jodie Foster as Dr. Ellie Arroway, the film’s protagonist.  Her co-star is Matthew McConaughey, who plays Theologian and author Palmer Joss.

In one key scene, Palmer Joss asks the late television commentator Larry King, (who plays himself) if we are happier as a civilization due to advancements in technology.  Joss has written a book questioning the value of science and technology in contributing to the general well being and happiness of the human species.   Granted, he’s also referring to religion and belief in a Supreme Being.

It seems to me to be a valid question now, 24 years later.  Are we happier thanks to technology surrounding us?   Better off?  For me, the answer is yes…and no.  In terms of medical advancements and mechanical creations, yes of course we are better off.  Happier?  I don’t think technology has much impact on true happiness. 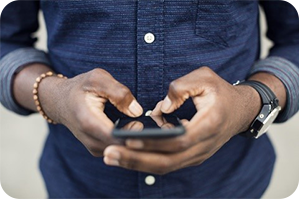 Are we more stressed?  In my estimation, without a doubt.   I definitely have a love/hate relationship with my smart phone.   I love that I have a whole world at my fingertips.   I hate that it’s an electronic leash, commanding my attention 24/7.  I have a chronically ill daughter that requires me to have it on 24 hours a day and close to me.  I love that and hate that.   Stressful?  Yup.

Then there is the teenage population known as Generation Z.  My 16-year-old granddaughter is a member of this tech savvy group that my educator wife calls “the palm generation.”  To a large extent, their world is contained in a smart phone in the palm of their hand.  When asked if they’d rather have a car or a smart phone, 46% say they want the phone, because without it, they’d be isolated from their friends.  A car is inconvenient and expensive, they say. Compare that to only 15% of Baby Boomers who’d give up the car. 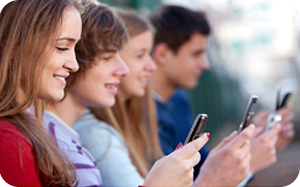 Smart phones are a great safety device.  I like knowing that my granddaughter can get hold of us anytime she needs us.  The double edge sword?  Texting and micro-moments.  My daughter and granddaughter would rather text than talk.  And who hasn’t had to wait for somebody at a stoplight who can’t stop texting or having one of hundreds of daily micro-moments on their phone—while they’re driving?  And there are threats like cyber bullying made possible by unlimited access to the internet. 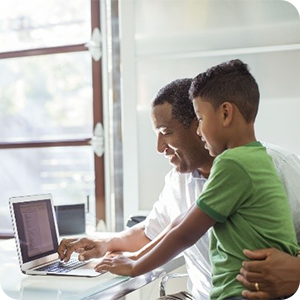 The smart phone is the most ubiquitous tech device that affects us, and next are computers and tablets.  Again, a double-edged sword.   In terms of opening up a world of communication, knowledge and entertainment, computers are unquestionably huge assets to our modern lives.  For us seniors, Facebook and Instagram can be great family connectors, to share special moments, pictures and events.  My brother is a huge Ancestry.com fan for family tree research.

But computers are also portals to the dark world of identity theft and scams.  They allow the bad guys access to us in ways that they never had before the internet.

So what’s the answer?   Knowledge.  We have to learn how to control the machines, so they don’t control us.

The AARP website is a great resource for just about any question or issue you have with your computer, phone or tablet.  Their TEK (Technology Education Knowledge) series of workshops is a great way to master your smart phone or tablet.  I attended a phone session last year and it was fun and super helpful. Hopefully, with Covid-19 vaccinations ramping up and fewer new cases being reported, we can look forward to AARP resuming these great local events sooner than later.  In the meantime, check out the AARP website for tons of great technology tips and online learning.